The day after Thanksgiving I had the honor of photographing this extended family. What a bunch of fun people. Their love and respect and joy in being in each others company was absolutely infectious. I haven’t laughed so much in a very long time. 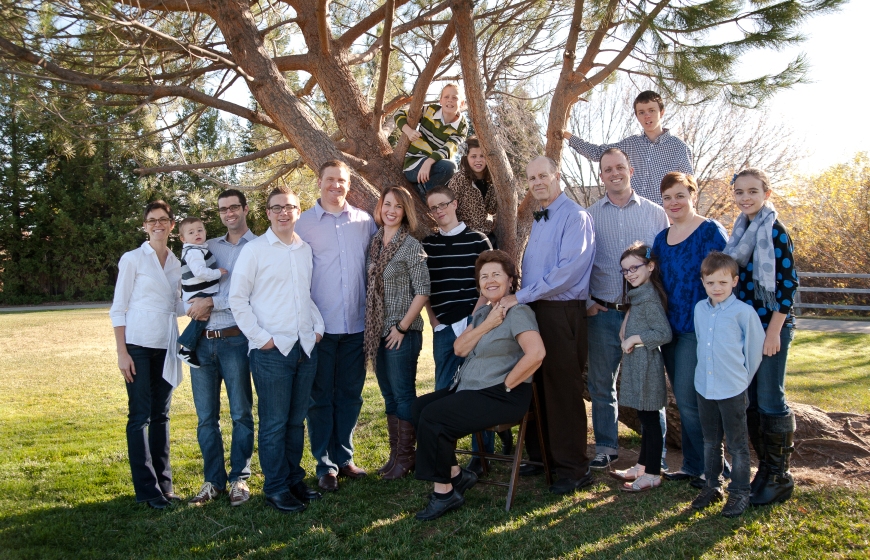 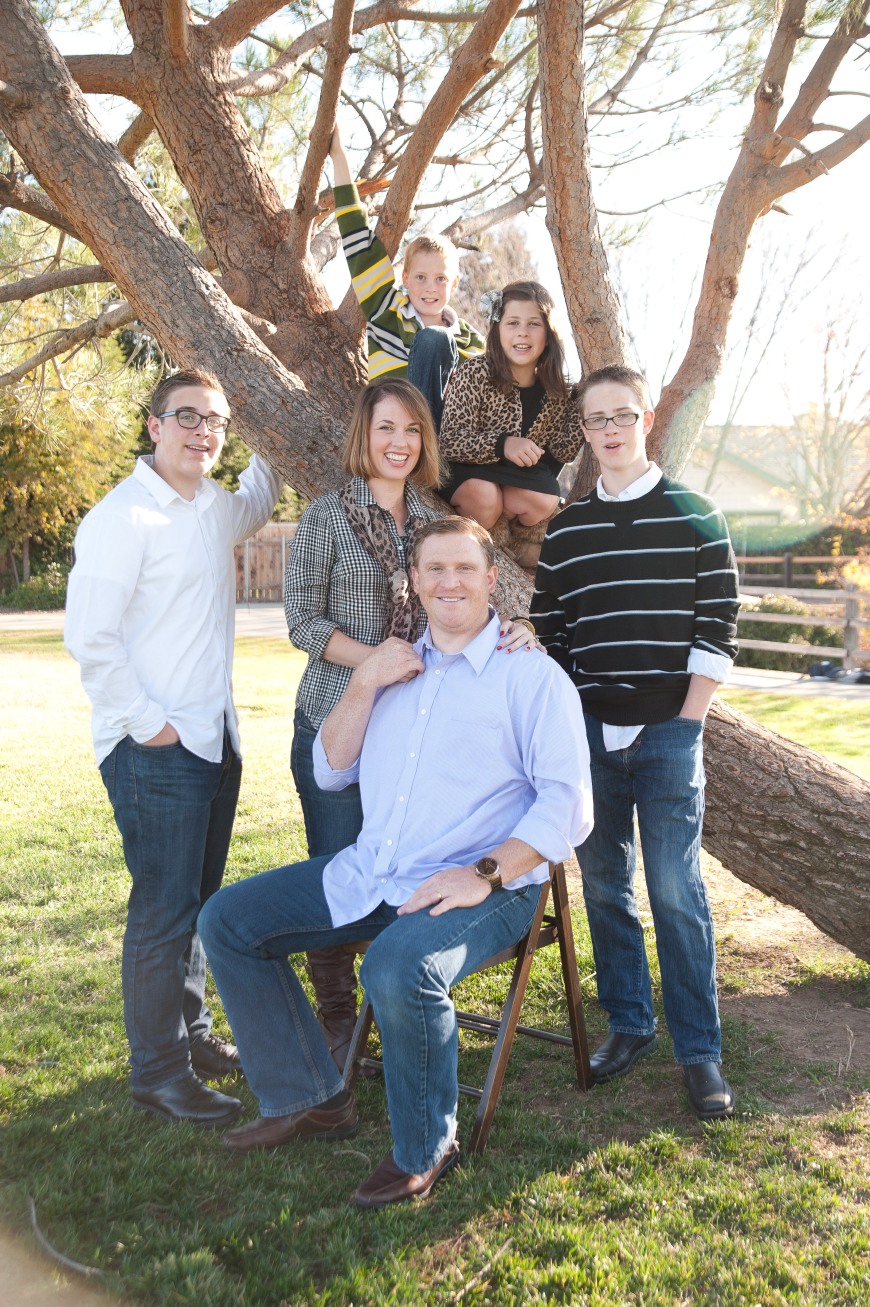 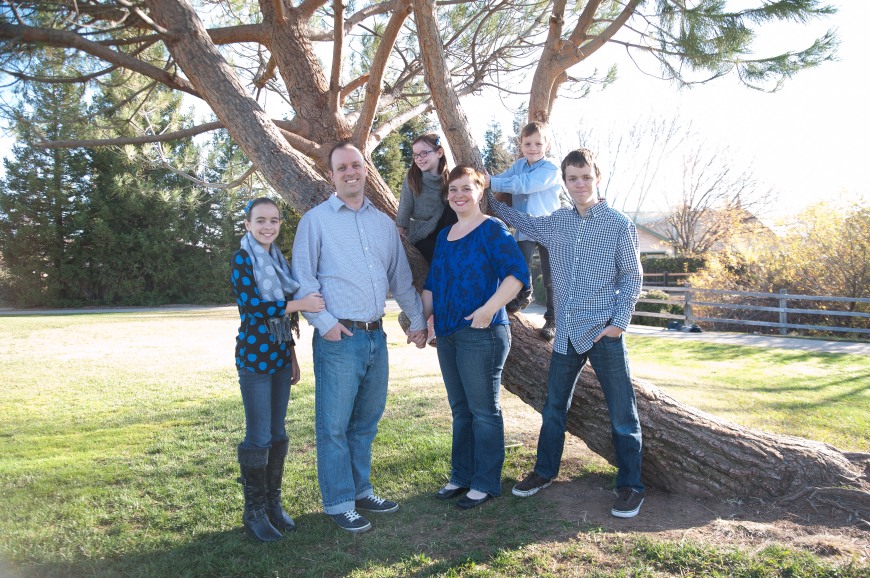 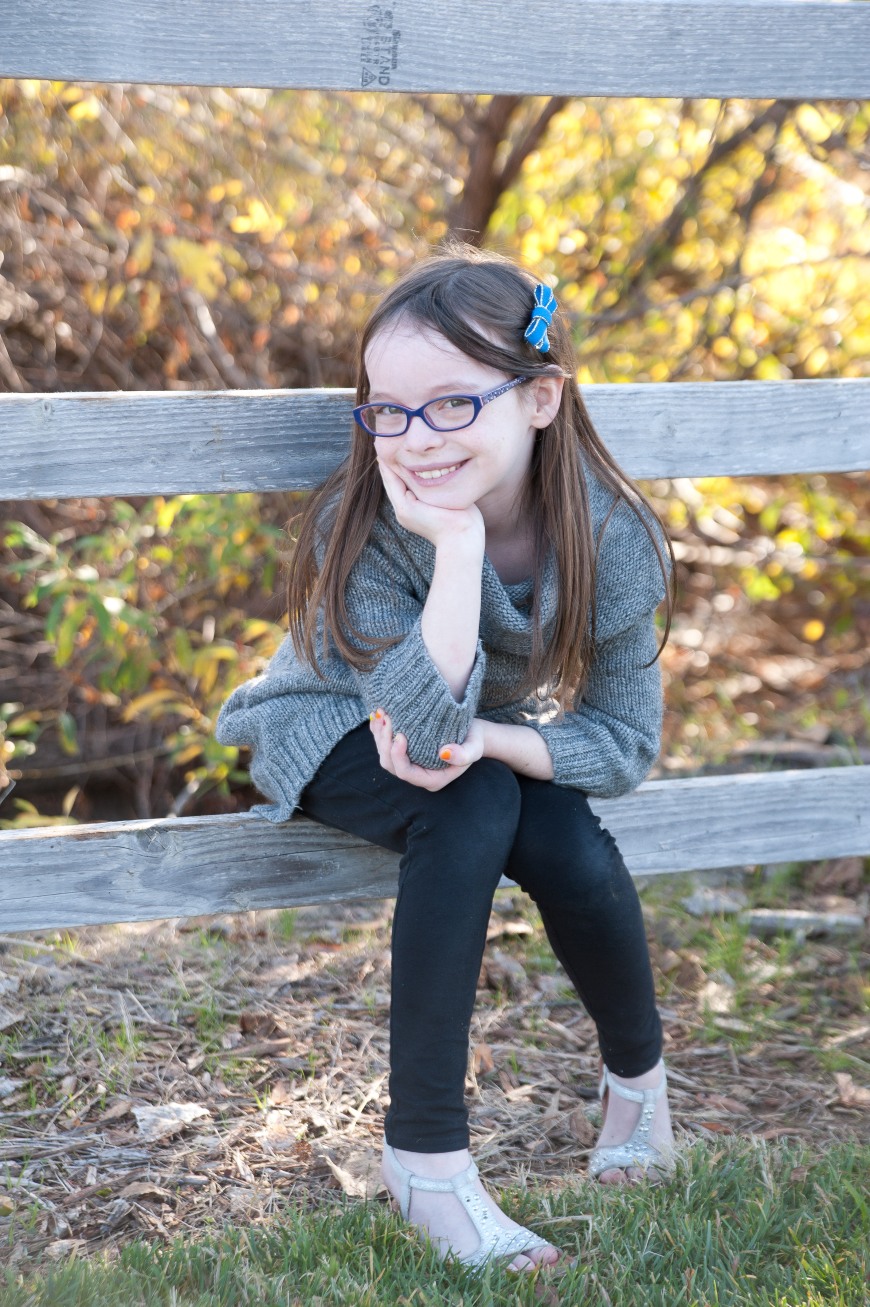 Despite a rocky start to the session this little one is a natural in front of the camera. 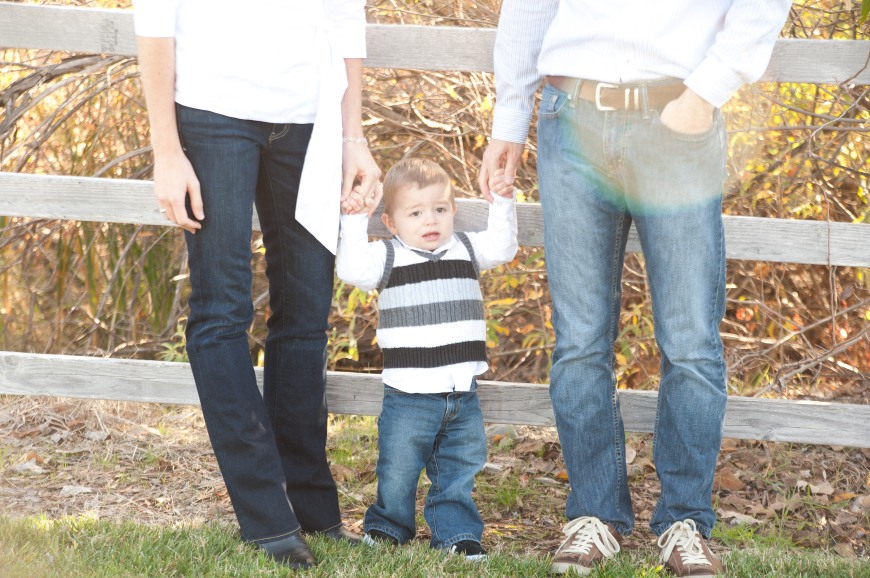 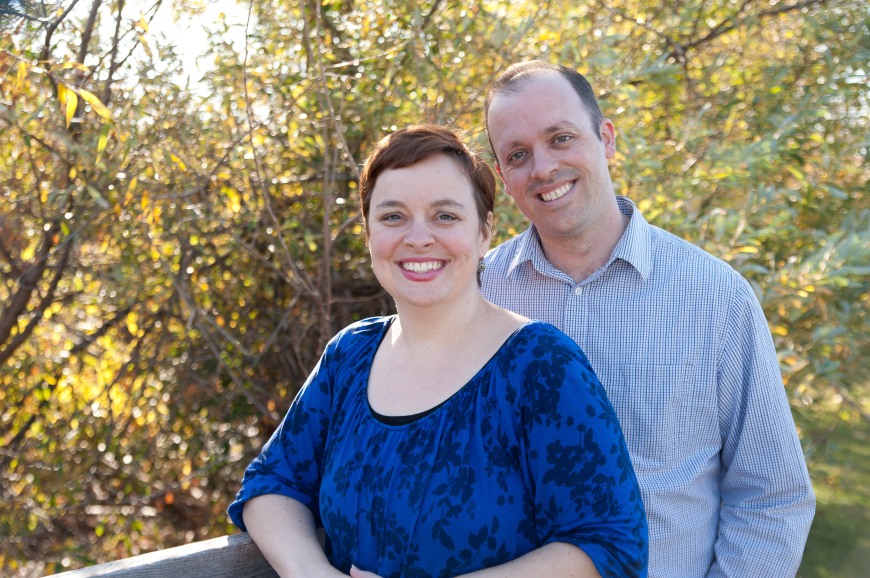 I love live theater. I love live youth theater. But most of all I love quality youth theater. Two of our children have participated in theater in one way or another for several years – our 21 year old daughter even minored in theater in college. This year the youth theater company she works with staged a production of Scrooge the Musical, which she was able to help direct. This ambitious undertaking involved about 60 people, including an all teen cast – with the youngest being preteens, directors and choreographers, costumers and stage managers, crew and support people. Some parts were even double-cast. Our 11 year old son joined the cast for the first time and ended up with a small part as  a street urchin and “young Ebby” – he said only 3 words, but they were great words. This show was high quality and a perfect beginning to this holiday season. As I wrote on my personal Facebook page following Monday’s show, these wonderful kids gave the audience a performance that  “was touching and funny and moving and beautiful and everything in between all at once. Special kudos to Truman Florence (see TNT at http://www.takenotetroupe.org. )who was The. Best. Scrooge. Ever.”

In the words of director Jamey Meteer (our girl), “The story of Scrooge teaches us that we can all change. Each day we can make the decision to live for ourselves and our short-sighted wants, or live for others and receive true. I had the privilege of photographing dress rehearsals and a show. Please enjoy. 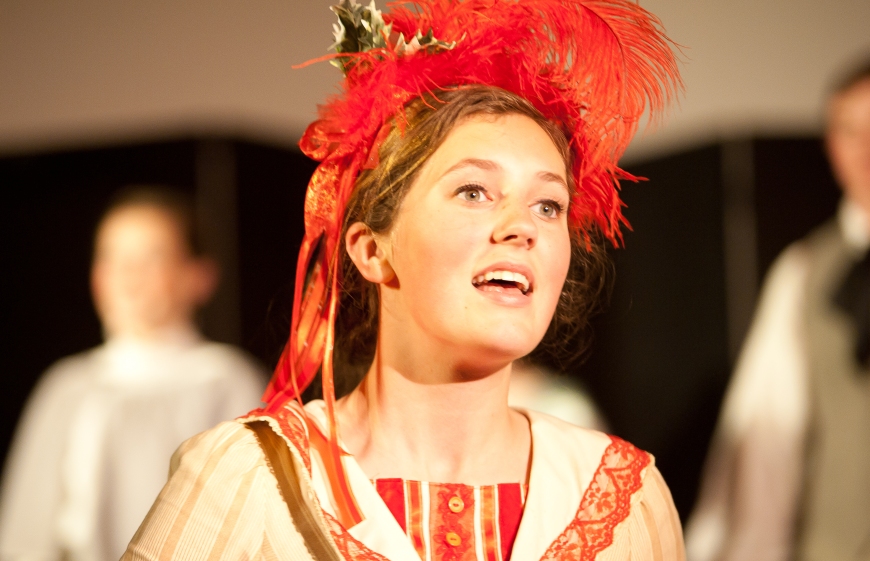 The ghost of Jacob Marley 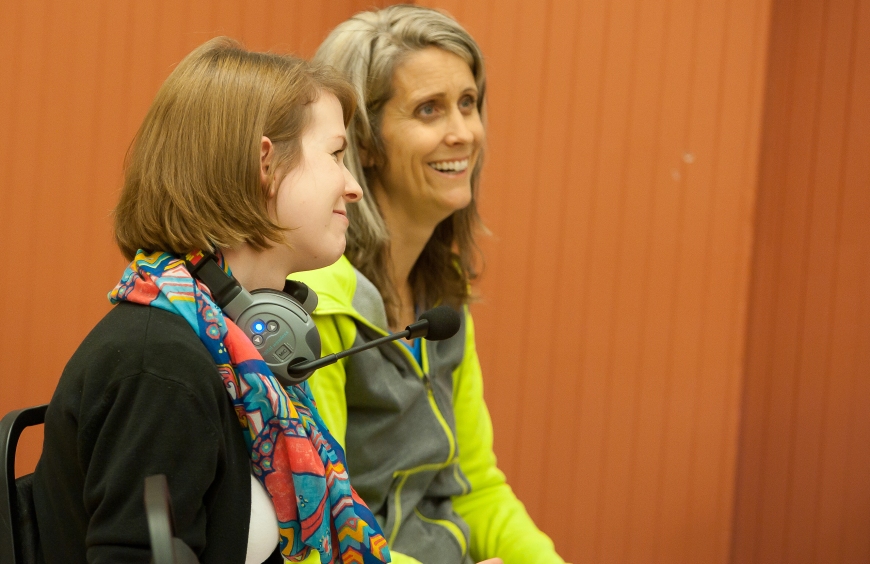 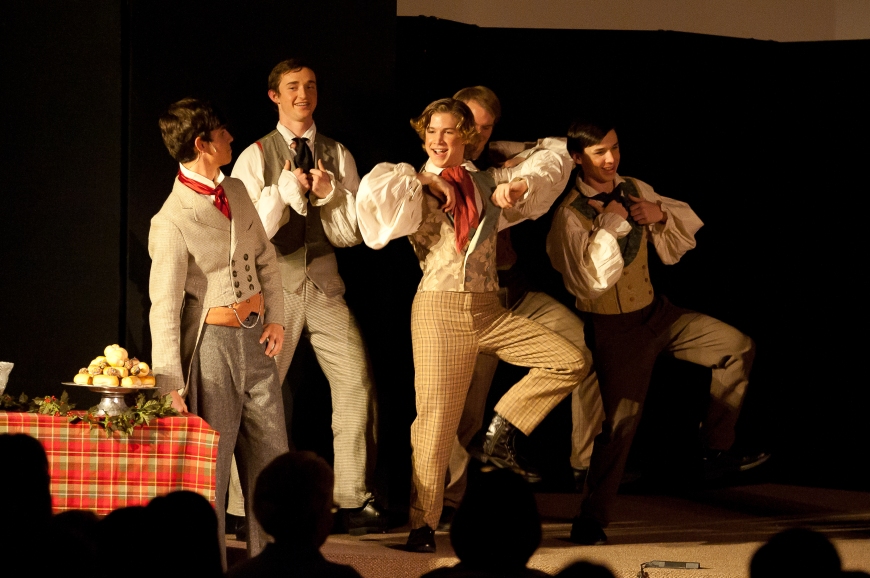 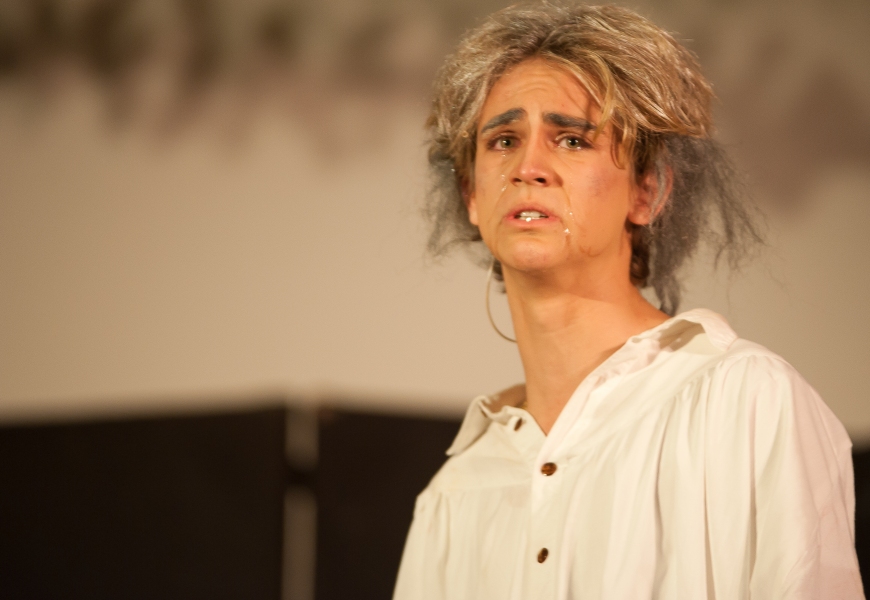 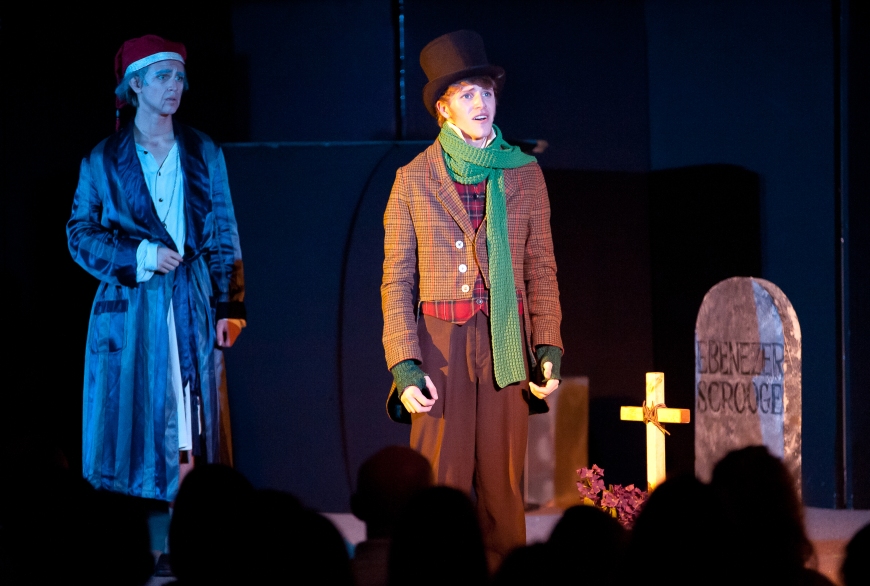 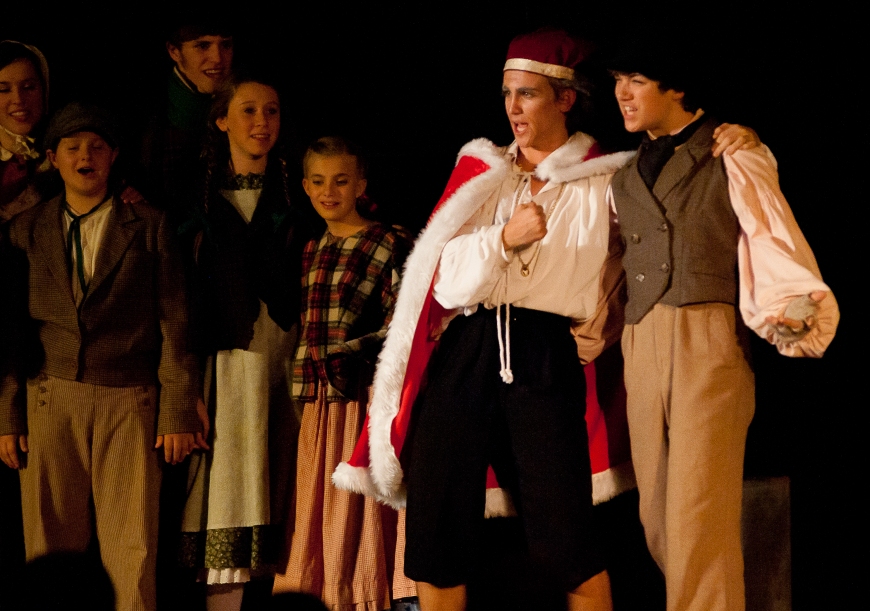 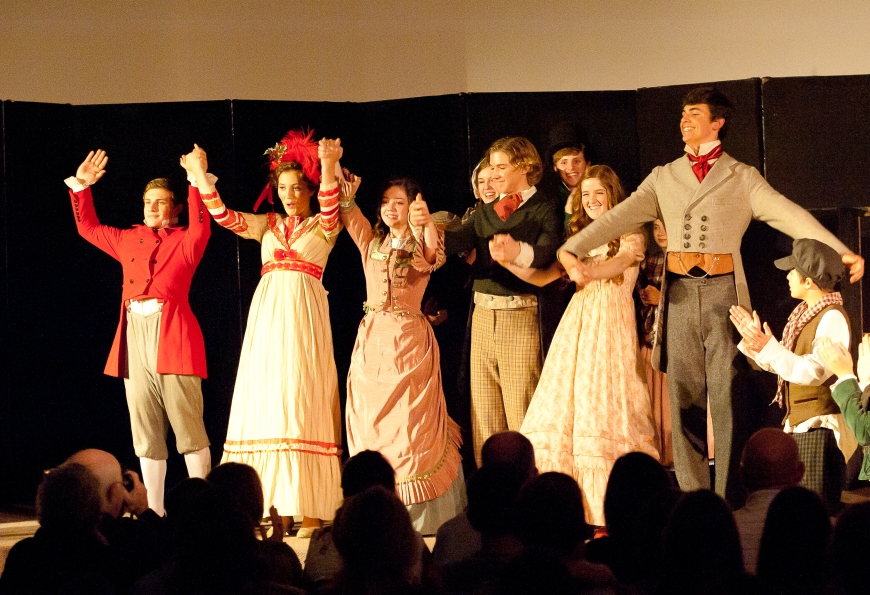 My wish for all of you as we begin this Christmas season is that we will “follow Scrooge’s lead, choose the better life. You’ll love it.”

This sweet little man is my grandson – the only one so far. He is happy, active, affectionate, and so much fun to be with.
His mommy and daddy and I had a wonderful time making these photographs – he was such a charmer. 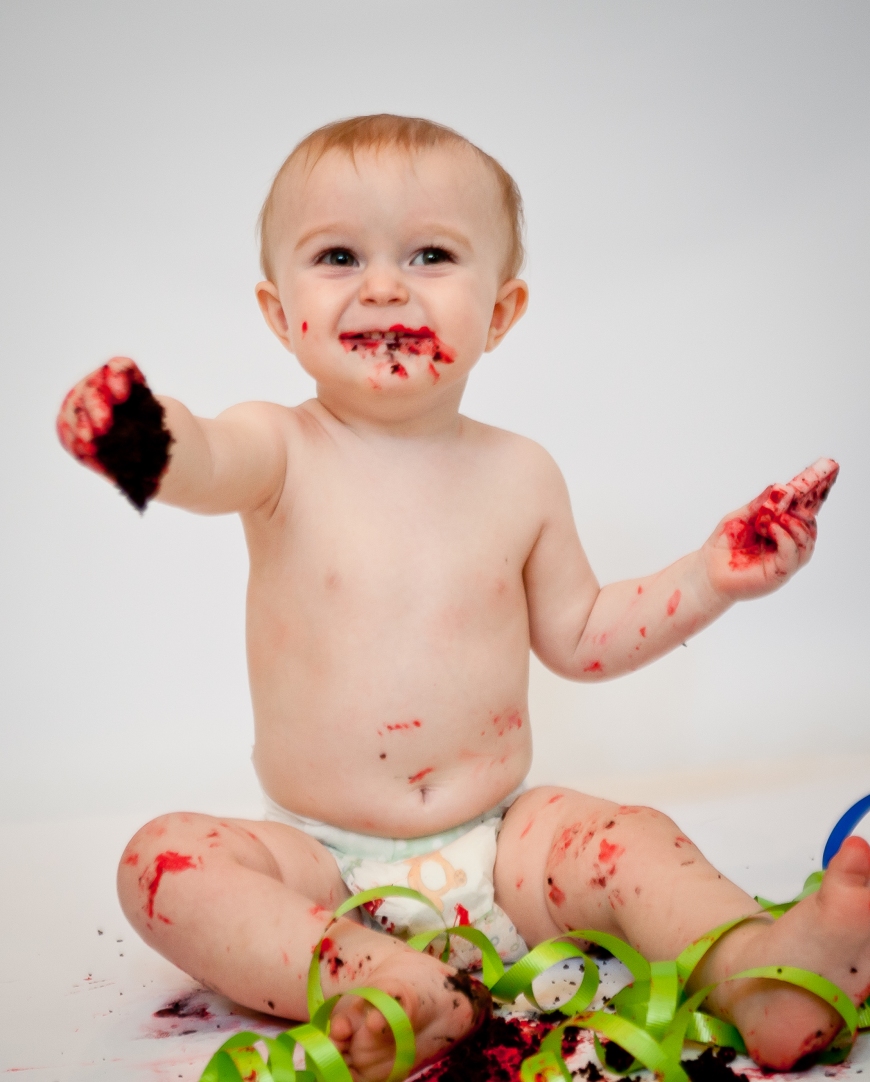 My husband and I love to take little 2-3 day trips together. We usually take lots of cameras to capture the beauty that surrounds us. These are the times I like to experiment with different photographic techniques/ lighting/equipment – with some interesting results. Unfortunately these pictures are never seen by anyone but us once they are downloaded onto the computer. These are the shots I would hang on my walls if I had unlimited wall-space. Sooo, just for fun here are some of my favorites from our last three trips 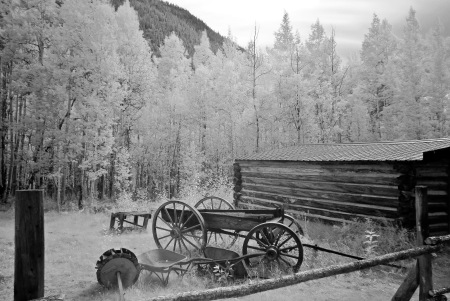 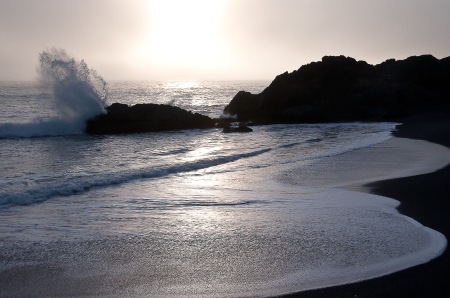 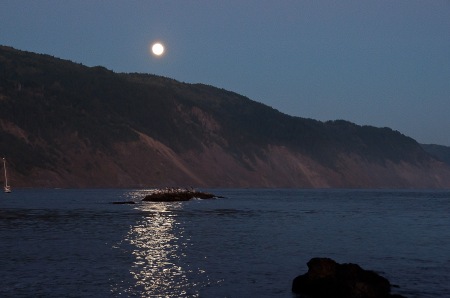 Building a website is difficult. Building one by yourself is even worse. I don’t like having to maintain a website. Don’t get me wrong – I had one in the past for almost 4 years. In that 4 years I had a total of 29 hits. It was a little pricey too, so for a while now I have not had a website.
That changed when I applied for a position as a volunteer photographer to a benefit organization. My application was denied, and the stand-out reason was that my business didn’t have enough “web-presence”.
Guess it’s time to fix that. So the last few weeks have been spent beefing up my “brand” to include a revised logo, a consistent background pattern and font, business cards , even re-editing some of my older work to be more trendy.
It’s such a slow process and I’m sure there will be some more alterations, but I feel like it is on the right track. The website is published, but only so I’ll have somewhere for people to look when they get a business card. Much polish still needed.
Let me know what you thing of the slightly new look.

Every once in awhile I have the opportunity to photograph adults whom I have known as teens. In years past I have had contact with three of these sisters. It’s so wonderful

to see them as adults, married, and beginning their own families.

heart of all the fun.

They are a bunch of jokers too. 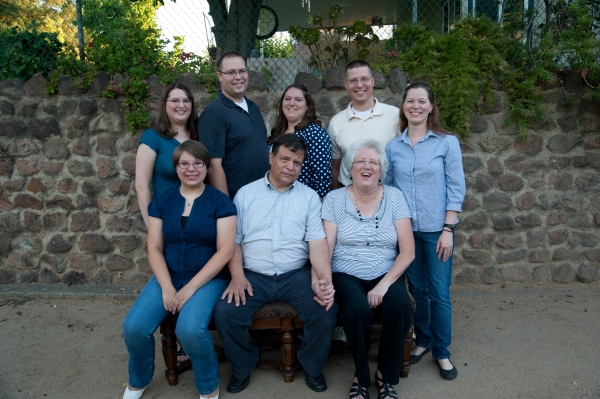 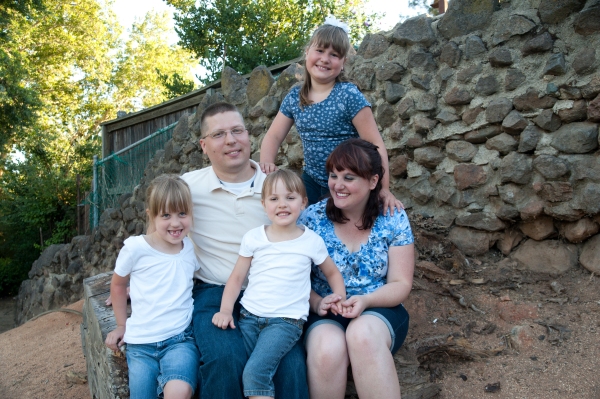 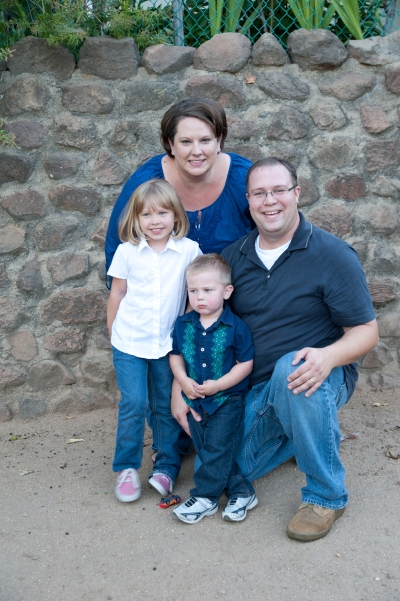 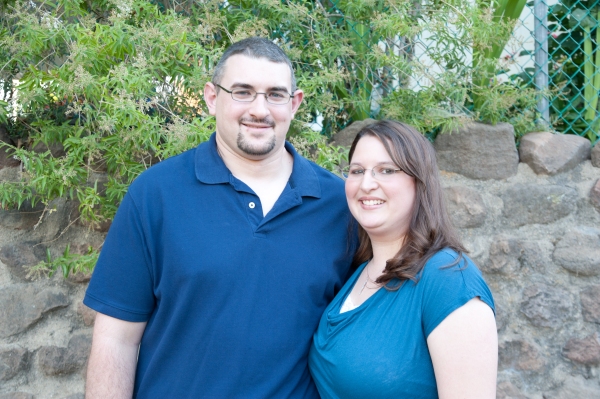 Every year our son plays Little League baseball. He is a good player – pitching as well as playing any infield or outfield position he is asked. Every year there is usually one practice and two games a week, and the baseball schedule wreaks havoc on the family schedule. So every year, about the end of April I begin to think “mmm, maybe next year we can take a break.”

This year, however, was a little different. Not only did he pitch, but he was the best pitcher on the team. He was able to try catching – and loved it. His team-mates called him “Pigpen” because of his tendency to get down and dirty when he was catching and come up surrounded by a cloud of dust and dirt. His team ranked third in the league by the time play-offs came around, so he enjoyed a winning season.

The best part about this season for our big guy, though, was that his DAD was a coach for his team.

T is ten years old and our only son. We have six daughters ranging in age from 7 to 30, but T stands alone with his dad to balance the estrogen vs. testosterone harmony in our family. Having his dad coach his Little League team was the epitome of wonderfulness for our little man. He adores his dad and follows him around like a puppy dog when he is home.

Now that playoffs are played and the season is officially over (finally) life is beginning to take on a much more mellow and placid routine – well, not really, but almost.

T’s favorite summer pass-time? Throwing balls at the pitch-back, or even better, playing catch with his dad. As he said a few weeks ago – “baseball is my LIFE !”

Guess we won’t be taking a break from baseball any time soon.

HAPPY FATHER’S DAY to all you dads out there

At times working with newborns and infants can be difficult, and working with dogs can be even more difficult. These girls were just wonderful though. I met this sweet little family at a park in Roseville on a chilly May … END_OF_DOCUMENT_TOKEN_TO_BE_REPLACED

My lovely 5th daughter Andie is a high school senior this year, so we took the opportunity to try out a new location. Surprisingly it was very quiet and felt secluded, even though it was right next to the freeway. The trees were just starting to bloom, and the grass/weeds were a beautiful green – there was even a little old cabin for some interest.

We just drove by there yesterday and were both glad we got her shoot done when we did – it is now brown and dry-looking.

I will definitely use this location next spring. 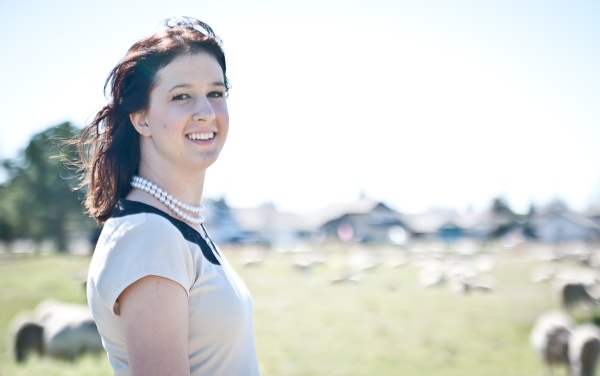 How many kids can say they shared their senior pictures with a bunch of sheep?

What do you think? 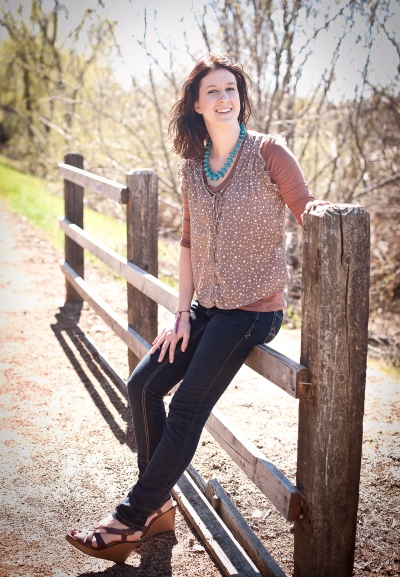 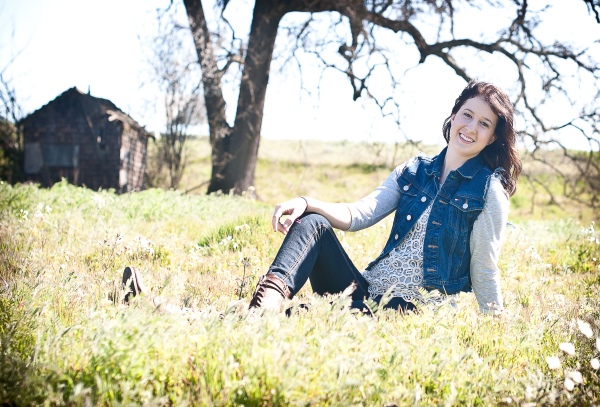 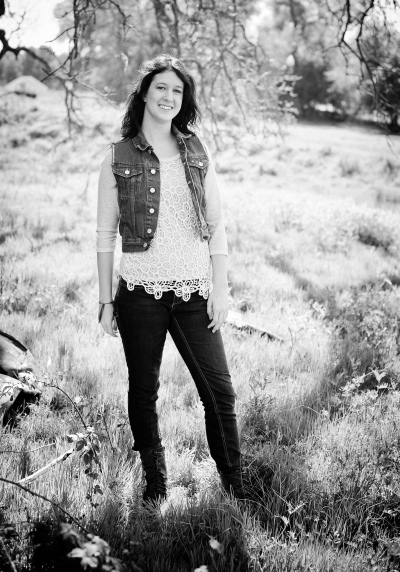 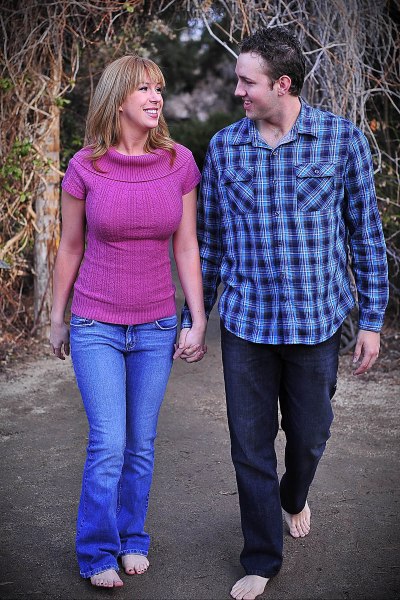 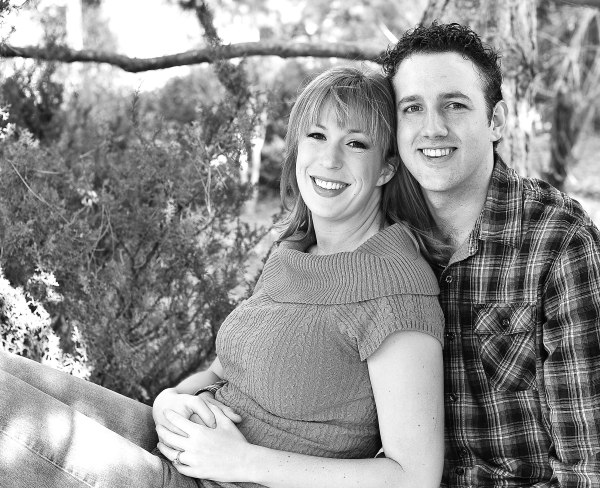 Every once in awhile I come across a couple who were perfectly right for each other in every way.

Meghan and Eric is one of those couples. They were so easy and fun to work with and so creative. Love you guys ^,^

There was an error retrieving images from Instagram. An attempt will be remade in a few minutes.

Refashions Beyond My Wildest Seams

"Of course, there will always be those who look only at technique, who ask 'how', while others of a more curious nature will ask 'why'. Personally, I have always preferred inspiration to information." ~Man Ray

Happiness is a skill that can be cultivated

Brohammas
Impressions of my world......

The Official How To Blog

The official site of how to-ing.

Because in MY life, these things are no small potatoes